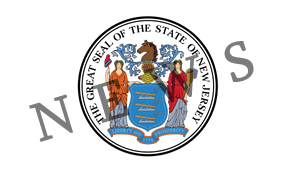 After overcoming several technical issues, the US state of New Jersey has come out smelling roses; the numbers for these past two months have been nothing out of this world as location and payments were the main concerns for the state´s regulator, the New Jersey Division of Gaming Enforcement. New Jersey's egaming market has taken its time to take off with gross revenue far from what authorities and experts were expecting; the gross gaming revenues for December 2012 reached 7.4 millions of dollars. New Jersey's egaming market is expected to rise this year as operators started to bomb the market already with new platforms and products this year 2014. And that exactly is what has been copping the latest news in New Jersey's egaming market; Wynn Interactive, one of the major firms in the United States, has been granted with a transactional waiver, issued by the New Jersey Division of Gaming Enforcement. The operator has now green light to launch its new egaming products and online platform in the Garden State.

Wynn Interactive has teamed up with two of the biggest in the country: Caesars and 888’s All American Poker Network. Wynn Interactive filed in for licensure along with Caesars Interactive and the All American Poker Network from 888 on last month, January 10th. But that was not the only partnership as Wynn and 888 already joined forces to operate Wynn online egaming platform in the state of Nevada and other regulated markets in the United States. It seems that Wynn Interactive is going to evaluate the situation of the egaming industry in the state of New Jersey as the expected take-off has been put on hold by the same operator until the market shows more stability and progress. Michael Weaver, Wynn representative, explained this strategy to us: "As Mr. Wynn said this weekend, online gaming does not appear to be a good entrepreneurial opportunity. Consequently, our plans are on hold until we understand the business opportunity."

Is Online Poker Going To Get A Boost From Gaming Caucus?

February 25, 2020 — There is a caucus of people in the United States Congress who call themselves the Congressional Gaming Caucus. As the name suggests, this group of lawmakers is eager to push forward legalized forms ... 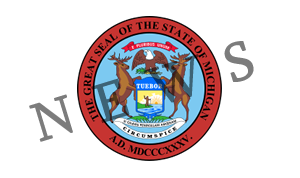 December 30, 2019 — Michigan has joined the ranks of those states that have agreed to legalize online poker for its citizens. It is a move that is being applauded by those who are proponents of online poker legalizatio...

November 14, 2019 — There appears to have been a tabulation error for this year's WSOP Player Of The Year calculation. Initially, it was announced that Daniel Negreanu had won the most points for the year and thus was ...

November 12, 2019 — Pennsylvania is one of the hottest markets in the United States right now for legalized online gambling. Lawmakers in the state have taken a very progressive approach to online casinos, sports betti...

All the news from legal online poker in USA