The state of Michigan may become the latest to legalize online gambling within their borders. They had already indicated their intention to do this back in 2017, but there was a period early this year that we did not hear anything from state lawmakers regarding their continued intentions. It was worrying to some who wanted to make sure that the Michigan lawmakers were serious about what they were going to do with this bill.

The state Senate in Michigan has evidently supplied some information to those who could be considered insiders in the political scene in Michigan. They have made it clear that they do intend to put forward a bill that would legalize the gaming industry online within the borders of Michigan.

This is not a done deal by a long stretch. As a matter of fact, certain groups that have big backing from casinos in Las Vegas would very much like to see this legislation go to the dust. In order for them to get their wish, they are arguing that the bill must be put up to a public vote. Of course, this differs from what most legislation is required to do. They say that the people of Michigan should get to decide this, but that is kind of what they have already done by electing these representatives who are putting forward this bill in the first place. It is definitely a tough argument for the organization to make, but they are attempting to do so anyway.

There is still a ways to go before we know anything definitively about the state of this bill. There is definitely a possibility that it gets stalled up in the state legislature once again. However, many more states are starting to view the inflows of tax dollars that states with legalized gambling have managed to pull in with envy.

This current proposal would levy a fifteen percent tax on all gambling dollars played online in the state of Michigan. It is not as high as some other states, but it would still generate a fair amount of revenue for the state in the long run.

February 24, 2021 — During the month of February, Caesars Casino and Sportsbook New Jersey have been running an exciting promotion. The best thing about this offer is players don't need to do anything other than report...

February 24, 2021 — Given the rousing success of online sports betting in the state of Illinois, it was only a matter of time before state legislators were going to attempt to also legalize online casino gambling. That... 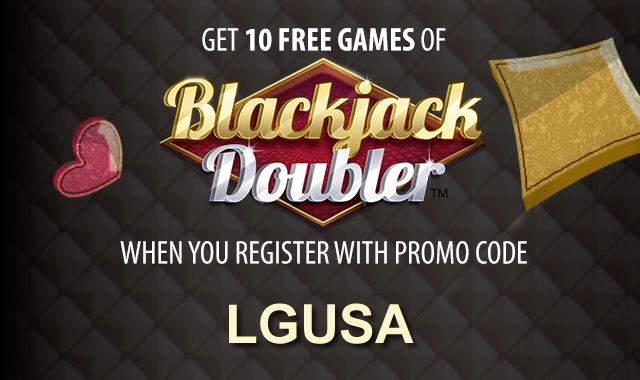 February 23, 2021 — We have a new exciting welcome offer for you. You can get 10 free games of Blackjack Doubler with our unique promo code LGUSA and get a 50% match up to $100 and 10 free games of Virginia Cash Expand...

What Will the U.S. Online Gambling Industry Do About Bitcoin?