Pennsylvania State Representative John Payne, new Chairman of the House Gaming Oversight Committee, continues with the fight for an online gaming legislation within the state of Pennsylvania. In the last months, Pennsylvania State Representative John Payne has introduced two measures that could finally bring online gambling regulation to the Keystone State. With House Bill 649, Payne is trying to introduce a measure for online gambling in Pennsylvania, as well as House Resolution 140. HR 140is trying to make Congress see that the Restoration of America’s Wire Act (RAWA) is out of context here as the online market is already being regulated in several US States with an excellent outcome.

House Resolution is also fighting Sheldon Adelson and his Coalition to Stop Online Gaming: “I learned my lesson early on. You sign your name to a bill, and then it gets changed in committee and the next thing you know you sponsored a bill to ban Christmas. My mission statement is to keep gaming in general healthy, but in particular to make sure our casinos stay healthy and competitive against our surrounding states. The thing I don’t want to see happen is four casinos in Pennsylvania close like happened in Atlantic City. I have been pressing on my end to get our leadership up on information that we need to be competitive with the surrounding states. For me, I’d rather have Internet gambling, fantasy sports betting, fix the small games of chance bill [bar machines], than vote to raise income or sales taxes. I think because we have bipartisan support; representative Kotik and I both introduced this bill and he’s my co-chair on the Democratic side; so we tried to set the tone by saying the two chairman are going to cosponsor the bill and introduce the bill. We know it’s been introduced before, however, we’ve done some tweaking to the bill. My job is to introduce legislation in the Gaming Committee that we can present to our leadership team in May and say ‘If we’re serious about this, and we do Internet gaming it would generate this much revenue; fantasy sports this much; fix the small games bill it would do this much; something in private clubs it would do this much. So far the governor has been open-minded, and taken the position of go show me, what it is, how it would work, and what the revenue numbers are. Most people are open-minded about it,” Payne said of most of his colleagues. “Show me how it’s going to work, show me how we’re going to protect the minors and the compulsive gamblers, and show me how the revenue stream will work. Internet gaming is already here. I am not trying to expand it, I’m trying to make it legal, and I’m trying to make sure we make sure people aren’t ripped off. There are more checks and balances online. I think it’s easier to take cash and go off to any casino you want and spend the cash, and it’s tougher to catch compulsive and underage gamblers that way than it is online.”

July 8, 2020 — It has taken Michigan a fair amount of time to move forward with its online gambling legislation. The state is now prepared to begin accepting license applications from gaming operators. Residents a... 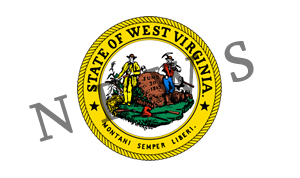 July 3, 2020 — West Virginia is working through some of the questions about their new online gaming regulations that are set to go into effect shortly. The interactive online games are to be run by the West Virgin...

July 1, 2020 — With The July 4th weekend fast approaching, it will be interesting to see how many New Jersey residents will be heading outdoors for the celebration of the Nation's birthday. For the folks who wish ...