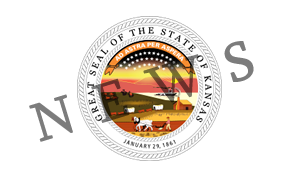 Kansas Gaming & Racing Commission made a public statement last year concerning fantasy sports; the committee decided to make illegal any cash buy-ins fantasy sports game that pays out prizes. But the announcement was just another way of control so that, the online gaming industry does not go beyond the legal margins. But Kansas has had to change its mind as, the online gambling industry is now becoming one of the most profitable markets. Governor Sam Brownback has been the main backer, introducing a bill that will become law on July 1 of this exact same year 2015. Governor Brownback has signed a bill that brings to the table the fact that, playing fantasy sports for money, must be considered a legal activity within Kansas State.

Governor Sam Brownback signing the bill into a law, has been one of the most relevant movements for fantasy sports. This has been the week for the state of Kansas to proclaim what is right for its residents, regulated online gambling activities. Kansas’ residents have been playing fantasy sports under one of the most ambiguous market frames in the United States, as a consequence of the Kansas Gaming & Racing Commission’s statement that criminalize any form of lottery game based on cash buy-ins fantasy sports. In spite of this legal drawback, Kansas State Attorney General made a public statement in support of the proposals from Governor Sam Brownback. Once Attorney General stated that the proposal was lawful, both houses passed the bill, 37-1 in the State Senate, 98-21 in the State House of Representatives.

Offers To New Players On Fanduel

March 24, 2018 — Virtually all sports fans have seen an advertisement for Fanduel at some point while watching a game. The company runs commercials constantly during major sporting events. They want to encourage as ...

December 24, 2017 — The Supreme Court of the United States is going to hear a case about the right of states to allow sports gambling within their own borders. The court is not expected to make a decision on the matter...